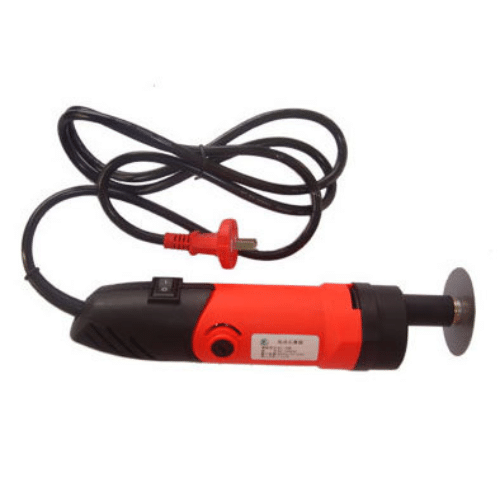 The saw blade should be installed with the blade shaft fixed, embedded with the pull head axis position of the flat side, and the other nuts in front of the saw blade wrench removed. Then, remove the concave sleeve and the saw blade and tighten the other parts. Ensure the motor ventilation path is clear to avoid foreign things obstructing it. When used, apply only light pressure, and when the blade becomes embedded in the plaster bandage, carefully switch off the power.

To avoid damaging the motor open when the power is off. When a motor housing's temperature rises over time, such as when it's hot, it should be suspended and allowed to cool before use, or it could lead to burning and overheating. Please do timely maintenance when there is an unnatural sound or excessive vibration. The plaster saw needs to be cleaned after use. To avoid water damage and stumbling, it is kept in a dry environment with relative humidity below 80%, a non-corrosive gas environment.

Safety when using this product

The product is extremely safe, but it should only be used by those who have received training on operating it correctly and avoiding issues. Using a cast saw incorrectly or with worn-out blades can result in issues. Even though they are rare, minor burns or skin injuries from cast removal by cast saw can happen. Although these injuries are rare with correct use, some steps may be taken to reduce the risk. In orthopedics, casts are frequently used as a kind of treatment. Many people will receive a cast at some point to treat a fractured bone or immobilization following surgery. Cast removal is relatively safe surgery, even though it can cause anxiety.

Why is this product so important?

When it is time to remove the cast, a professional medical cut through the plaster or fiberglass the cast is comprised of with a cast saw. Cast removal is safe when done by a trained healthcare professional, even though having this tool so close to your skin may feel frightening. The blade of a cast saw has small, sharp teeth and rapidly oscillates back and forth. It doesn't revolve as a circular saw does. The cast saw will cut through the material when used against the solid surface of the plaster or fiberglass.

But when the cast saw is in contact with your flesh, the vibration only causes the skin to move back and forth, not to be sliced. Cast removal is now even more tolerable with newer cast saws. The noise made by the saw's motor is the most notable change. Older cast saws can have frighteningly loud motors, especially for young children. The motors in more recent saws are substantially quieter and less stressful for patients.